How are Damages Calculated in Personal Injury Cases? 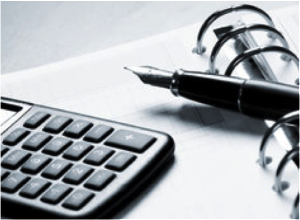 If you have been injured as a result of someone else’s negligent conduct, you may be considering a lawsuit to recover compensation. The compensation awarded to you, called “damages,” falls within two categories: compensatory damages and punitive damages. Compensatory damages are designed to compensate the plaintiff for actual losses sustained, and are further divided into “special damages” and “general damages.”

Special damages are those fixed amounts relating to your actual losses, such as medical expenses, lost income or costs to repair your property. General damages, on the other hand, include non-monetary losses, such as “pain and suffering”, your decreased ability to perform certain functions, or the loss of a loved one. Punitive damages, sometimes called exemplary damages, are designed to punish a defendant or deter similar conduct in the future.

The damages to which you are entitled are typically calculated based on the severity of your injuries, the underlying circumstances of the incident in question, and whether the case settles or proceeds to a trial. The following factors are typically considered:

In the American legal system, damages are intended to compensate the plaintiff sufficiently to make him or her “whole,” i.e. restore the plaintiff to the same position he or she was in prior to the accident or injury. If you mediate your dispute or otherwise settle it out of court, the parties and lawyers will negotiate each item and come to an agreement. If your case is tried in a court, the judge or jury will calculate how much you are entitled to receive, based on the evidence presented at trial.

The Law Firm of

GAGE FIORE, LLC is a full-service law firm headquartered in the Greater Princeton Area of New Jersey. Our practice is comprised of a diverse group of highly skilled attorneys spanning a wide range of legal specialties. Read More...